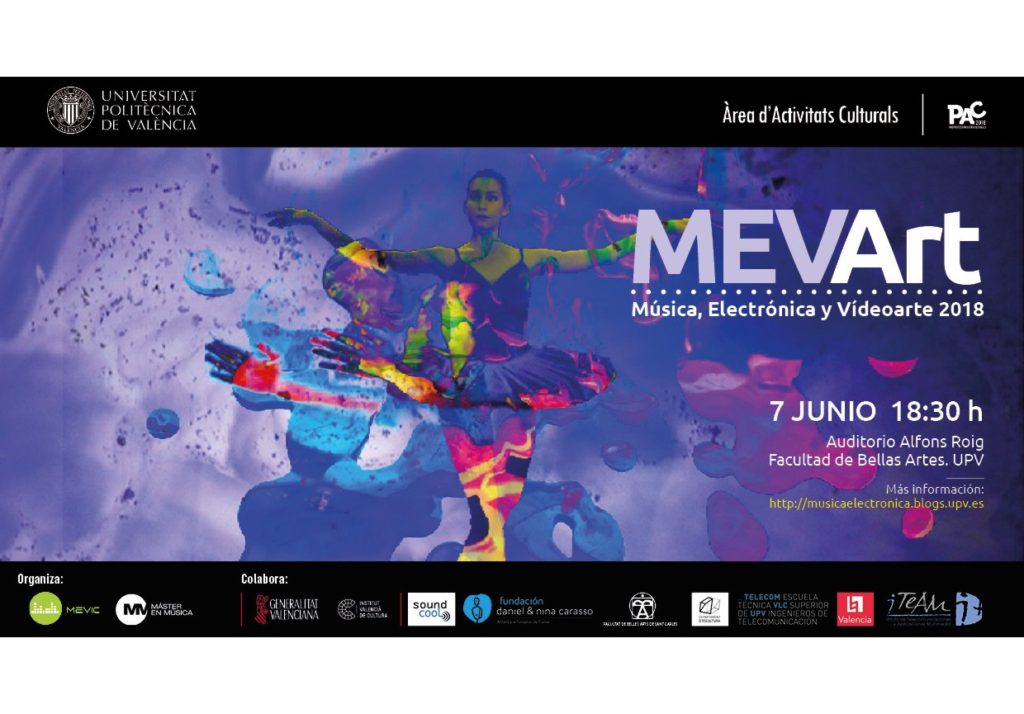 In the MEVArt show at the Alfons Roig Auditorium of Fine Arts UPV, next Thursday the 7th at 6:30 pm, the first professional work of electronic music and collaborative video art made with Soundcool will be previewed. It will feature live-processed acoustic instruments and it will be controlled with the augmented reality Microsoft Hololens by means of dance movements. It has been composed by Jorge Sastre (music) and Stefano Scarani (image) and will be performed by Stefano Scarani and Elena Pelejero (Soundcool), Julia Chiner (cello), Gastón Botte (dance with the Hololens).

Soundcool is a system created by the multidisciplinary group PerformingARTech of the UPV led by Jorge Sastre of the Institute of Telecommunications and Mutimedia Applications (iTEAM), for audiovisual collaborative creation using mobiles, tablets and the augmented reality microsoft Hololens.

Soundcool has obtained a Guinness record and awards such as the NEM Art from European creative industries, two Bankia awards to Musical Talent, the SIMO Award for the Best Experience in Programming and Robotics, etc. Soundcool Project Daniel and Nina Carasso Foundation Ref. 16-AC-2016 (iTEAM).

Berklee College of Music will also participate and the short-movie that won the 2018 Bicicles Birds Awards will be presented, among others. More information: