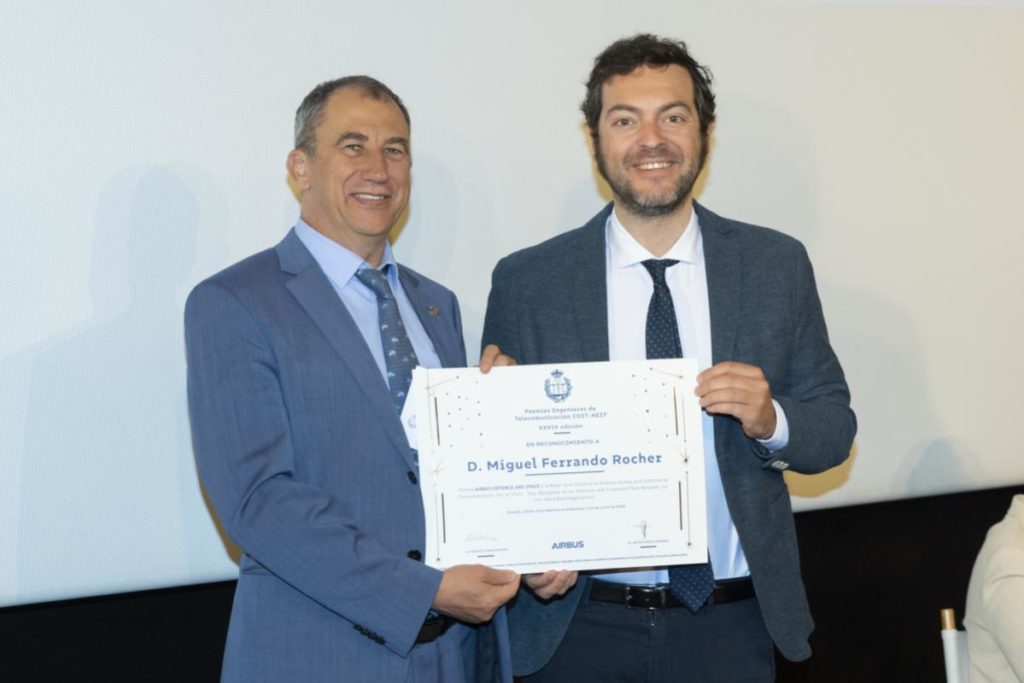 In this 39th edition, Dr. Miguel Ferrando Rocher, a researcher at the iTEAM Electromagnetic Radiation Group, has been awarded the AIRBUS Space and Defense Award for his doctoral thesis based on new antenna solutions in the millimeter wave-band for satellite communications.