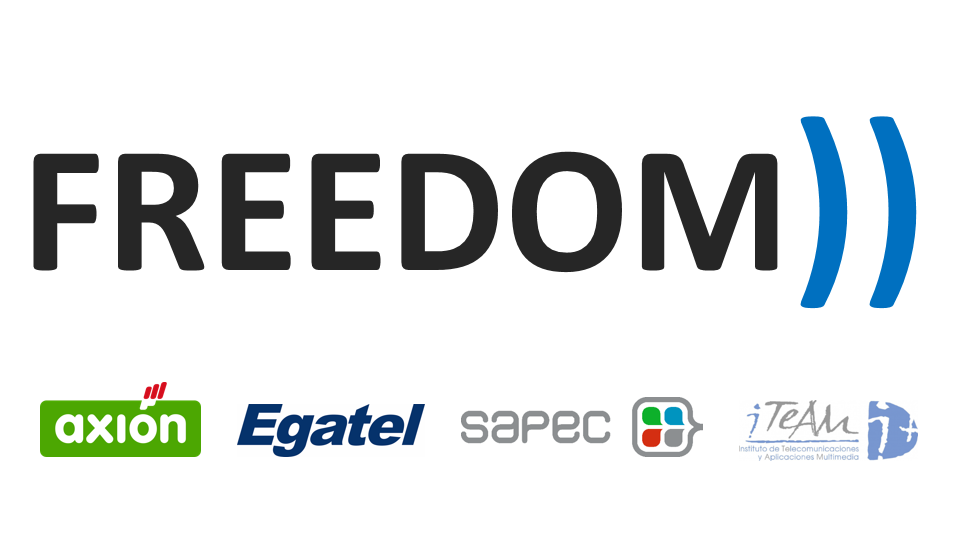 The Iteam, through the Mobile Communications Group, participates in the
FREEDOM project for the development of high efficiency video communications
services for next generation wireless networks in mobility.

The proposed solution in the
FREEDOM project consists on a great coverage terrestrial distribution network
with advanced terminals which use the last video compressing techniques to
replace the current satellite communication systems between the reporters and
the broadcast centers by terrestrial communications, which represents an
improvement in ubiquity, logistics and operative costs. The achievement of this
project will make improvements both in the designed communications products by
the consortium members, and in the placing on the market of new services with a
very important opportunity in the international market, especially in the Latin
American market, where analogic radio links are still used and are immersed in
a transition stage for digitalization.

With this new proposed
development to give a solution to the mobility services, it will be able to
replace the current satellite communication systems between reporters or mobile
units and the TV channels, by a terrestrial radio communications system like
the present cellular systems. It is intended that this kind of services can be
replaced by a wireless terrestrial network which will provide large coverage
and reliability in big urban centers where large ubiquity and coverage is
required to cover the points of interest with a reduced cost.

Throughout the project there have
been developed prototypes and a test bed with the technologies of the state of
the art (video codec MPEG4 and second generation TDT standard DVB-T2), and the
benefits of the new generation technologies in standardization phase have been
evaluated (video codec HEVC, TDT DVB-NGH and DVB-T2 MIMO).

The iTeAM has participated in the
realization of measurement campaigns in the city of Sevilla. These
measurements, carried out in an urban environment, are targeted to the
evaluation of the benefits and capacities of the new broadcast standard DVB-T2,
which is up to 50% more efficient than DVB-T and HEVC, the new video
codification standard that reduces the video rate delivered to the T2 system
with equal or higher quality than H.264.

The various tests
successfully made in the project allow positioning DVB-T2 and HEVC as key
technologies in the future in the field of professional video transmission with
an optimal image quality, strength of the signal to the kind of scenario and a
high energetic efficiency.