Researchers from the Universitat Politècnica de València, Teracom (Sweden) and Panasonic (Germany) have designed a new system concept whose application would change the traditional way of transmitting and receiving Digital Terrestrial Television (DTT). It is presented as WiB –Wideband Reuse 1. Due to this work, the researchers have won the Best Conference Paper award at the International Broadcasting Convention (IBC 2016), held in Amsterdam.
WiB would enable the transmission of the DTT as a larger wideband signal in which, potentially, all transmitters in a network would use all the available frecuencias in the UHF band. This way, a more efficient use of spectrum would be achieved as well as an important decrease in energy consumpion and network operation costs.
From the point of view of the users, WiB would increase the capacity for more TV services, even with enhanced quality (e.g. UHDTV or 4K), as well as high-speed vehicular reception. In addition, WiB would enable a future scenario in which broadcasters and mobile network operators use the UHF spectrum in a win-win approach.

Among the advantages are the possibility of substantially reducing operation and infrastructure costs due to a power reduction around 90% at the transmitters, what would also simplify broadcast equipment. This power reduction is also translated into saving in electricity bills and an increase in energy efficiency.

“WiB would permit replacing all existing transmitters in a DTT station with a unique wideband transmitter that would use around 50% of the power consumed in one of them. Most of the equipment currently used in a DTT station could be dispensable and even reallocated at the top of the TV towers” says Jordi Joan Giménez, researcher at the Institute of Telecommunications and Multimedia Applications (iTEAM) of the Universitat Politècnica de València.

ABOUT THE ITEAM-UPV RESEARCH INSTITUTE
iTEAM has participated in the defitinion of WiB within the framework of the “E.T. Broadcast” project, funded byt the Ministerio de Economía y Competitividad (TEC2014-56483-R) and co-funded by FEDER. The project, managed by Dr. David Gómez Barquero aims at investigating and evaluating innovative technical solution for the next-generation DTT systems, such as MIMO (Multiple-Input Multiple-Output) systems, channel aggregation techniques (time-frequency slicing and channel bonding), Layered-Division Multiplexing (LDM), or non-uniform constellations, in terms of capacity increase, coverage and spectral efficiency; as well as the design of low-complexity signal processing algorithms at the receivers with a low impact in performance.

The Institute of Telecommunications and Multimedia Applications (iTEAM) is a research institute of the  Universitat Politècnica de València (UPV) in the field of ICT. The Mobile Communications Group (MCG), headed by Prof. Narcís Cardona, is composed of about 30 researchers developing different activities in the area of wireless communications and, in particular, around broadcast technologies. The MCG has participated in several national and international R&D projects, highlighting its contribution to the design and network planning of the DVB-T2 network in Colombia. As member of organisms such as DVB, ATSC or FOBTV, iTEAM has been actively involved in the evaluation, validation and standardization of technologies as DVB-T/H, DVB-T2 or DVB-NGH, as well as the most recent DTT standard, ATSC 3.0. In the private sector, the MCG collaborates with national and international companies, such as SAPEC (Spain), ETRI (South Korea), and NHK (Japan).

David Gomez-Barquero elected to Associate Editor of the IEEE Transactions on Broadcasting​ – http://www.iteam.upv.es/news.php?id=40​ 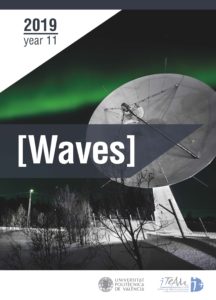