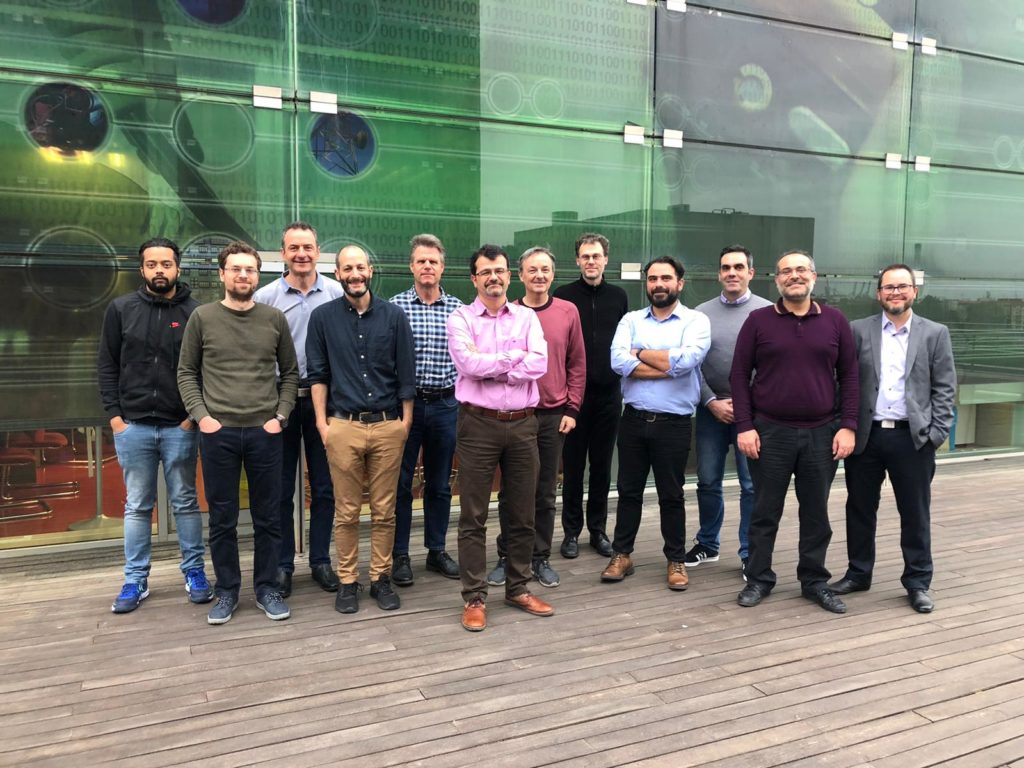 Researchers of the Photonics Research Labs-iTEAM at the Universitat Politècnica de València (UPV) are leading the European project NEoteRIC, which will develop a new chip that will help carry out an automated analysis of cells (cytometry). It is a photonic neuromorphic chip, a disruptive technology that will revolutionize several fields, including medical diagnosis. Its applications include the detection of cancer cells in an incipient phase.

Professor José Capmany, director of the Photonics Research Labs, explains that the development of this technology will represent a significant advance and will lead to possibilities in several fields that are currently unknown, from industry to telecommunications and clinical practice.

The cornerstone of NEoteRIC is the development and improvement of a high-speed photonic FPGA-like chip that will incorporate totally reconfigurable components.

“NEoteRIC is the first European project in which programmable photonics is used for biomedical applications, a technology resulting from years of research at the Photonics Research Labs. In addition, it is a huge challenge in which we will test the upscaling and development of the programmable integrated photonic circuits,” says Dr. Daniel Pérez, member of the research team of the project.

Emulating the synaptic layer of the brain

NEoteRIC will emulate part of the synaptic layer of our brains, which facilitates the connection between neurons, with programmable photonic neuromorphic chips, capable of processing images at a speed unreachable until now and with high precision. These chips can process up to 2,000 cells per second in an image, minimizing the massive storage requirements without sacrificing precision and resolution. They will help to count and classify cells according to their morphological characteristics, as well as detect the presence of biomarkers by combining Artificial Intelligence and Big Data techniques.

José Capmany explains how the application of chips will be: “After lighting a cell stream with a laser, the light reflected is taken and processed in the chip, which also analyzes the cells and, finally, detects cells with characteristics out of a certain pattern. An example can be the pattern of healthy cells against a pattern of irregular cells, but the field of application goes beyond this case,” adds the director of UPV’s PRL-iTEAM.

The technology on which the project is based can be applied to other fields requiring massive calculation and automated learning. According to Dr. Prometheus Dasmahapatra, a researcher of the PRL-iTEAM: “The use of neuromorphic structures in integrated photonic circuits opens the door to a new way of calculating and processing analog signals. The success of deep neural networks and the jump from industry agents to ways of calculation inspired by calculations happening in brain have reactivated interest in electronic and photonic neuromorphic hardware.”

The project, which started at the beginning of this year, will last until December 2022. The multinational companies IBM, Teramount and Eulambia Advanced Technologies; CERTH (Centre for Research & Technology), in Greece; CEA-LETI (one of the main producers of silicon photonic chips in Europe), France; Ghent University and the University of the Aegean are also participating in this project.

According to the Neuromorphic Sensing and Computing 2019 report, prepared by Yole Development, the market of neuromorphic computation will increase exponentially in upcoming years, rising from 43 million in 2024 to 2 billion in 2029 and 4.7 billion in 2034.